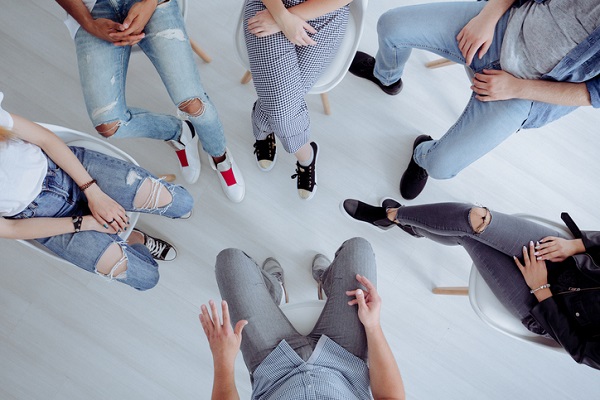 These rates should not encourage complacency. Eating disorders are on the rise, with healthcare professionals noting that there are now “two-to-three times more cases than a generation ago” (CTV News, 2013).

What can be done to lower rates of eating disorders across the country, and, more importantly, help those living with an eating disorder achieve recovery? Here is a closer examination of this important mental health concern.

The Relationship Between Gender and Eating Disorders

In recent years, the hospitalization rate for eating disorders was 15 times higher for females than it was for males (Bushnik, T., 2016). However, rates are increasing at an alarming rate for both genders. According to one new study, as much as a “one case in three of anorexia nervosa is a male” and men make up “about one in four” new cases for bulimia (National Post, 2013).

Gender plays a significant role in how someone experiences an eating disorder. Women report higher levels of body image dissatisfaction (Kozicka, P., 2015), are more likely to have an anxiety disorder (Thorpe, J.R., 2018), and have perfectionist tendencies (Bennett, J., 2014) – all risk factors for developing an eating disorder (National Eating Disorders Association, 2018). As a result, women by far make up the majority of those living with an eating disorder.

Men living with an eating disorder also face significant challenges – although of a different kind. For young men living with an eating disorder, the stigma attached to this mental illness can be particularly difficult to overcome. As some experts have noted, “The stigma, isolation and confusion around suffering from what has long been perceived as a “girl’s problem” can make men so reluctant to come forward that many arrive in treatment sicker than women” (National Post, 2013).

Factors Contributing to the Rise in Eating Disorder Rates

Over recent years, the prevalence of eating disorders has increased (CTV News, 2013). Some of the reasons for this are well-known, such as the promotion of unrealistic beauty standards within ads and popular culture (National Post, 2013). Other factors, however, are only now just being understood. As medical director at London Health Sciences Dr. Fisman notes, “One of the unintended side effects of talking about an obesity epidemic is to create an eating disorders epidemic ” (CTV News, 2013). As young people grow up hearing of the dangers of overeating, they grow more and more preoccupied with their own weight and body image.

Another modern factor that may be aiding the growth of eating disorders is social media. Researchers recently established a link between social media use and “a greater risk of eating disorders and body concerns” (CTV News, 2016). However, this is not the only way social media use is impacting those at risk of an eating disorder. Pro-eating disorder communities, also known as Pro-ED communities, have also flourished online, gaining attention with the help of hashtags like #thinspiration, #proana, #promia, #bulimia, and more (Matsakis L., 2018). These can reinforce dangerous behaviours and make recovery even more difficult, as community members share pictures and tips for extreme weight loss.

Once you become a counsellor, there are many different ways that you can help clients living with an eating disorder. Every person deals internally with their stress and stressors in different ways, and behavioural modification can be a helpful resource for clients to draw upon. Recovery must be personalized to the individual in order to properly address the underlying issues of the eating disorder.

Many if not all eating disorders are associated with behavioral issues as well as with personal distress or dysfunction, mood disturbance, anxiety symptoms, and substance abuse (Baer, R.A., & Kristeller, J.L., & Quillian-Wolever, R., 2006). These issues can be addressed with a variety of cognitive therapies after professional counselling training. Early intervention is important, as the sooner the disorder is addressed, the more effective the treatment becomes (Statistics Canada, 2015). 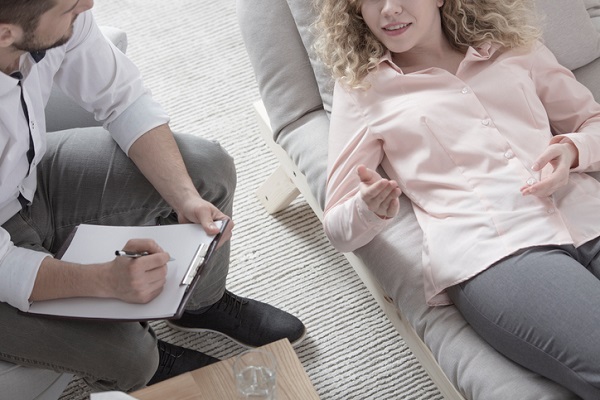 Behavioural adjustment is a resourceful tool to address eating disorders

Cognitive Behaviour Therapy (CPT) is the best standard therapy for those with an eating disorder, and can significantly improve about half of all patients (Gale, C., & Gilbert, P., & Goss, K., & Read, N., 2014). Compassion Focused Therapy (CFT) is more specific, and is designed for individuals with high rates of shame and self-criticism by encouraging the development of self-compassion (Gale, C. et al., 2014). CFT can be administered in individual or group-centred therapy sessions, and in order for significant change, must be continuous. CFT seeks to understand the symptoms of eating disorders and origins of emotion regulation strategies, as well as diminish fear and encourage motivation (Gale, C. et al., 2014).

Are you interested in earning your professional counselling diploma?

Bennett, J. (2014). It’s Not You, It’s Science: How Perfectionism Holds Women Back. Time. Retrieved from: http://time.com/70558/its-not-you-its-science-how-perfectionism-holds-women-back/ Bushnik, T. (2016). The health of girls and women in Canada, Women in Canada: A Gender-based Statistical Report.

CTV News (2013). Eating disorders on the rise in Canada, as sufferers wait for treatment. CTV News. Retrieved from: https://www.ctvnews.ca/health/lets-talk/eating-disorders-on-the-rise-in-canada-as-sufferers-wait-for-treatment-1.1151323

Kozicka, P. (2015). 1 in 5 Canadian women not satisfied with their appearance: survey. Global News. Retrieved from: https://globalnews.ca/news/2025789/1-in-5-canadian-women-not-satisfied-with-their-appearance-survey/

Thorpe, J.R. (2018). Why Women Are More Prone To Anxiety Than Men, According To A New Study. Bustle. Retrieved from: https://www.bustle.com/p/why-women-are-more-prone-to-anxiety-than-men-according-to-a-new-study-9194278