Canada has one of the highest rates of post-traumatic stress disorder (PTSD) in the world. In fact, of the 24 countries included in one notable PTSD study, Canada ranked highest for this mental illness, ahead of Australia, the United States, China, Nigeria, and Romania (CBC, n.d.). Indeed, according to the study “9.2 percent of Canadians will suffer from PTSD in their lifetimes” (CBC, n.d.).

While these figures are troubling, one encouraging point to remember is that today PTSD is far better understood than it was in the past. Throughout history, PTSD has been referred to as ‘shell shock’, ‘nostalgia’, ‘soldier’s heart’, and ‘combat fatigue’, and been attributed to everything from cowardice to neurological damage (Carroll, 2018). In many cases, those who had PTSD faced stigma, or received little to no treatment for their condition. While clients currently living with PTSD still face many challenges, there is much that counsellors can do to help. Here is a closer look at this condition, as well as how it can be addressed.

The History of Post-Traumatic Stress Disorder

Although post-traumatic stress disorder was first officially recognized in 1980, it is a condition that many believe to be as old as humanity itself (Carroll, 2018). Early texts describe conditions that bear many similarities to PTSD as it is understood today. The ancient Greek historian Herodotus, for example, “describes how an Athenian named Epizelus was suddenly stricken with blindness while in the heat of battle after seeing his comrade killed in combat” (History.com, 2018).

During and after the American Civil War, many at the time also noticed psychological changes in soldiers, though the condition was not properly understood. Some attributed it to homesickness, using the term ‘nostalgia’ to describe the condition. Unfortunately, this recognition often did little to help those who had it, given that “Few sufferers were discharged or granted furloughs, and the recommended treatment was drilling and shaming of ‘nostalgic’ soldiers—or, better yet, ‘the excitement of an active campaign,’ meaning combat.” (Horwitz, 2015) Perhaps most notably, during the first and second world wars “the numbers of emotional and psychiatric casualties were too vast to be ignored.” (Carroll, 2018). Even so, it wasn’t until after the Vietnam War that PTSD was officially added to the DSM (Carroll, 2018). Returning Vietnam War veterans advocated for recognition of what they were going through, while also working to pave the way for better treatment (Carroll, 2018).

What Is Post-Traumatic Stress Disorder?

War first brought to light the effects of PTSD. Even today, within the Canadian Armed Forces “it is estimated that up to 10% of war zone Veterans—including war-service Veterans and peacekeeping forces—will go on to experience… post-traumatic stress disorder (PTSD)” (Veterans Affairs Canada, 2019). 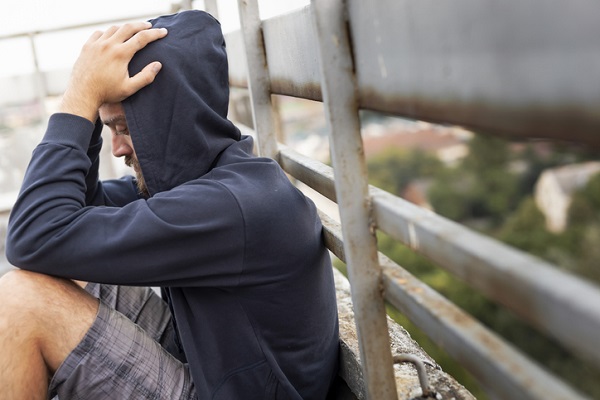 PTSD can develop after experiencing or witnessing a traumatic experience

However, we now know that PTSD is not limited to combat alone, and can occur to anyone who experiences a traumatic event that is “very frightening, overwhelming and causes a lot of distress” (Canadian Mental Health Association, n.d.). Professionals with a therapist career know that events such as “car crashes, fires, bombings, rape, torture or seeing a family member, friend or other person harmed or killed” can all lead to someone developing PTSD (CAMH, n.d.). In fact, PTSD is also commonly seen among paramedics, police officers, and other professionals who witness traumatic events (Canadian Mental Health Association, n.d.).

Symptoms of post-traumatic stress disorder include flashbacks, nightmares, anger, difficulty concentrating, and difficulty falling or staying asleep, to name just a few (CAMH, n.d.). PTSD can also cause someone to withdraw from others, as well as “avoid things that remind them of the event—for example, someone who was hurt in a car crash might avoid driving.” (Canadian Mental Health Association, n.d.) Many of those living with PTSD may also have panic attacks, as well as develop an addiction to drugs or alcohol (HealthLink BC, 2019).

However, while these symptoms may be well known among the public, many may not be aware that symptoms don’t always develop immediately after the traumatic event. Sometimes, PTSD can develop months or years after a traumatic experience (CAMH, n.d.).

How to Help Clients Once You Become a Counsellor

Enduring stigma can make it difficult for people to seek help regarding their PTSD. Some may be ashamed of their symptoms, especially if others who experienced the same event were not similarly affected. Others might not even realise that they have PTSD, as they might not know that symptoms can occur long after the event has taken place.

Counselling can help clients with recovery

CBC (n.d.) PTSD: Beyond Trauma. The Nature of Things. Retrieved from https://www.cbc.ca/natureofthings/features/ptsd-canada-has-the-highest-rate-and-other-surprising-things