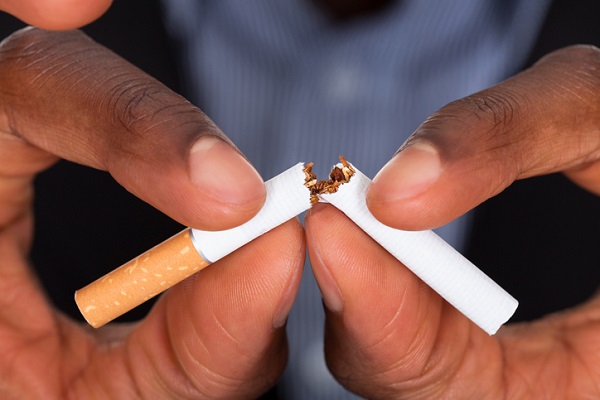 In 1966 close to 50 percent of Canadians aged 15 and over were smokers (Tasker, 2018). Fortunately, this presented the peak of cigarette addiction (Tasker, 2018). By 2015 the number of addicted individuals had fallen to 15 percent of the population, an encouraging figure given the health complications associated with smoking (Tasker, 2018). However, these figures shouldn’t encourage complacency. Recent reports have demonstrated a troubling trend: Smoking rates have ceased to decrease and may even be rising again (Tasker, 2018).

What can future addictions counsellors do to help those addicted to tobacco? While the exact reasons behind current addiction figures remain to be understood, this article will explore other important points concerning tobacco addiction.

Individuals Often Become Addicted to Cigarettes During their Teen Years 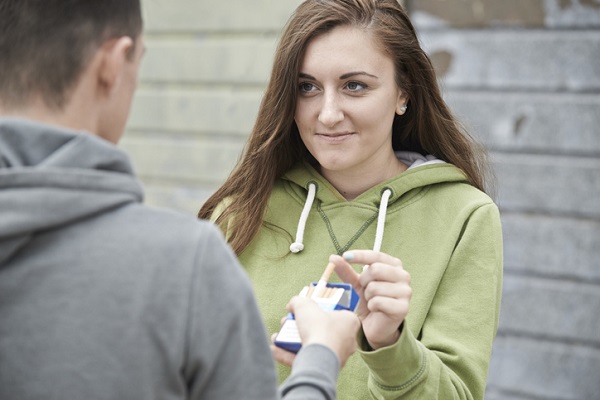 Many people first begin to smoke during their teen years

It is also important to note that impactful life events and mental health during childhood and adolescence also contribute to smoking rates. According to one study, “men and women whose parents divorced before they turned 18 were 48 percent and 39 percent, respectively, more likely to smoke” (Krans, n.d.). Another study found that “one-third of the depressed children were daily smokers by age 19—compared with only 2.5 percent of their non-depressed peers” (Krans, n.d.). In addition, several other studies have established a link between trauma and smoking, determining that “exposure to traumatic events yielded a significant increase in the odds of lifetime regular smoking. Nicotine dependence and cigarettes smoked per day was also significantly related to exposure to Childhood Physical and Sexual Abuse.” (Roberts, Fuemmeler, Mcclernon, & Beckham, 2008) Together, these findings help illustrate just how important mental health and healing from trauma can be. It’s one of the reasons why students earning an addiction counsellor diploma complete courses in Youth Counselling and Sexual Abuse & Trauma Counselling.

There Is a Relationship Between Mental Health and Tobacco Addiction

The relationship between tobacco addiction and mental health goes far deeper than the above mentioned research. In fact, “People living with mental illness are more likely to smoke greater numbers of cigarettes, and be more heavily addicted and therefore at greater risk for smoking‐related health problems than the general population” (Mental Illness & Smoking, n.d.).

Mental health professionals have worked hard over the years to dispel these myths (Weir, 2013). They emphasize that tobacco addiction can even have a negative impact on mental health, as “tobacco use is associated with greater depressive symptoms, a greater likelihood of psychiatric hospitalization and an increase in suicidal behavior.” (Weir, 2013)

What can be most heartbreaking for students in addictions counselling training and those living with tobacco addiction is that quitting can be especially difficult. Experts have determined that “About 2 out of 3 smokers say they want to quit and about half try to quit each year, but few succeed without help.” (The American Cancer Society, 2015)

Fortunately, this is not to say that there is no hope for those living with tobacco addiction. Many different interventions are available for those looking to quit smoking, including group or individual counselling. For clients who use cigarettes as a coping mechanism, counselling can help to address underlying emotional issues (Bray, 2016). Counselling can also help to establish goals and help clients avoid relapse. According to recent findings, “having individual counselling could increase the chance of quitting by between 40% and 80%, compared to minimal support.” (Lancaster & Stead, 2017)

Bray, B. (2016). What counselors can do to help clients stop smoking. Counselling Today. Retrieved November 20, 2018 from: https://ct.counseling.org/2016/11/counselors-can-help-clients-stop-smoking/

The American Cancer Society (2015). Why People Start Smoking and Why It’s Hard to Stop. Retrieved November 20, 2018 from: https://www.cancer.org/cancer/cancer-causes/tobacco-and-cancer/why-people-start-using-tobacco.html